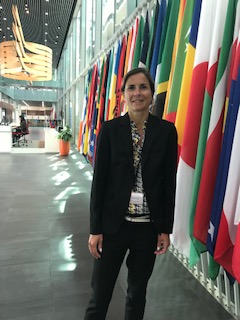 Professor Sterio at The Hague

Professor Milena Sterio presented at The Hague, in the Netherlands, on the topic of “The Legacy of Ad Hoc Tribunals” at the Asser Institute (co-sponsored by the University of Leiden) on June 4th, and at the University of Leiden, Hague Campus, on June 5th.  These presentations, co-delivered with Dean Michael Scharf, Case Western Reserve University School of Law, centered around Professor Sterio’s and Dean Scharf’s new book, entitled “The Legacy of Ad Hoc Tribunals in International Criminal Law” (Cambridge University Press 2019).