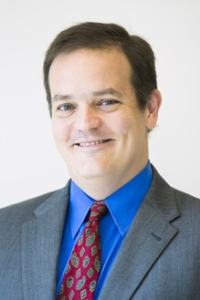 Chris Sagers, the James A. Thomas Distinguished Professor of Law, will publish his new book “Apple, Antitrust, and Irony” with Harvard University Press, with an anticipated publication date of early 2016. The book studies the Justice Department’s closely watched 2012 antitrust suit against the Apple computer corporation, in which it challenged Apple’s agreement with major publishers to fix the price of electronic books. Sagers takes the case as not only important in its own right, but as a case study in larger difficulties in competition policy.  At the heart of the case was this paradox: to most economists and antitrust lawyers, it was an easy case.  On the law and the facts, Apple and the publisher defendants plainly deserved to lose. Indeed, if Americans believed in competition as we typically claim to do, eBooks should have seemed like an easy case.  But to many people it seemed like a difficult case indeed.
For example, the defendant publishers argued that if they couldn’t protect themselves from unrestrained price competition, and above all from the cut-rate eBook prices being imposed on them by the retailer Amazon, they would be unable to survive. They claimed that price competition would spell the end of the paper book, of bookstores and traditional publishing, and would imperil even the livelihoods of writers and perhaps literature itself.  Sagers suggests reasons not only that these arguments were not persuasive, and don’t call for clemency for the eBooks defendants, but that in fact similar arguments have surfaced in all kinds of markets, in all kinds of circumstances, throughout the history of capitalism.  In the end, the eBooks case showed not that there are very important special cases calling for exemption from competition, but that competition itself is simply a rough business. If we are to have a competition policy–and we should–we have to make peace with its consequences in times of disruption and change.