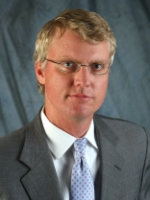 C|M|LAW Associate Dean and Associate Professor Mark Sundahl co-authored a feature article entitled Export Control Reform: An Update in the April issue of the Cleveland Metropolitan Bar Association’s Bar Journal.  In the piece, Prof. Sundahl and his co-author, Jon Yormick, explain the status of the Export Control Reform Initiative undertaken by President Obama’s administration.  The initiative is intended to bring greater clarity and consistency to the complex body of regulatory controls that govern the international trade of military and dual-use items.  Prof. Sundahl is participating in the implementation of this initiative as the Vice-Chair of the Export Control Working Group of the FAA’s Commercial Space Transportation Advisory Committee.

This entry was posted in Faculty in the Media, Faculty News. Bookmark the permalink.