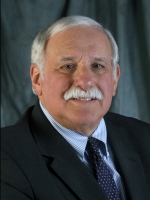 Ohio Chief Justice Maureen O’Connor has appointed C|M|LAW Dean Emeritus Steven H. Steinglass to the newly created Task Force on the Funding of Ohio Courts.  According to the Court’s press release, the task force is charged with examining “long-term solutions to strengthening the financial picture of Ohio’s courts.”  The task force comprises 28 members from a broad swath of representation, including the Ohio Judicial Conference, judges associations, the Ohio State Bar Association, associations representing other major constituencies of the judicial branch, and members of the General Assembly.  Dean Steinglass is the only academic named to the task force.

According to the press release, Chief Justice O’Connor said. “Specifically, the task force will be charged with identifying the method and manner by which Ohio courts are funded; determining the long-term efficacy of the current funding models; and reviewing possible alternatives that might provide sustained and consistent funding for Ohio courts.”

To see the Ohio Supreme Court’s press release, including the names of the other members of the task force, click here: http://www.supremecourt.ohio.gov/PIO/news/2012/budgetTF_021712.asp